Our topic for the Autumn term is ‘Aftermath’. This topic has a strong geographical focus and learning will be focused around natural disasters such as earthquakes, volcanic eruptions and tsunamis. The topic starts with a bang – the children find themselves in a natural disaster zone. They will have to complete a series of activities in order to survive!

In geography, the children will learn about the structure of the earth and how the earth is made from tectonic plates. The children will then explore the question ‘where are natural disasters most likely to take place and why?’

They will use their geographical skills to plot on a map the latitude and longitude of earthquakes and volcanoes. Once the children have learnt about tectonic plates, they will learn about what happens when they meet. There will be a focus on how volcanoes are forms and why earthquakes and tsunamis occur. The children will also consider relevant environmental issues and consider the impact upon people which live in areas susceptible to natural disasters.

Alongside this geographical study, the children will be learning a story about a first-hand experience of a volcanic eruption and creating a balanced argument considering whether foreign aid money should be sent abroad.  They will also be creating a newspaper report about an earthquake which shattered many people’s lives.

In Science and DT, the children will be learning about electrical circuits and creating their own buzzer system to warn for a natural disaster. In science, they will create simple circuits and experiment how different components impact upon the circuit. In DT, they will then apply this knowledge to design and make their own buzzer system incorporating a working electrical circuit.

In music, the children will continue their work on natural disasters and they will compose and perform a piece of music entitled ‘calm vs chaos’. They will improvise more complex cyclical pattern using beats and patterns of different length and then learn about how to depict these rhythmic phrases using musical notation.

Towards the end of the topic, the children get to go on a trip to Truro to visit the Shelterbox headquarters. Shelterbox is a charity which provides emergency shelter to families who have lost their home to disaster, enabling them to rebuild their lives. As a fantastic finish, the children will then hold a sponsored event to try and raise money for this amazing charity. This event will be chosen and organised by the children.

Our topic for the spring term is ‘Coughs, Concoctions and Cures’. Our stunning starter will focus on the human skeleton. Through a series of activities children identify the key features of the skeleton and investigate the functions of the skeletal and the muscular system. Children design structures which provide support and compare them to different bones in the body. Investigating the protective qualities of different structures they then compare their design to various parts of the skeleton. They then create models of pairs of muscles and show how they work antagonistically to produce movement of the forearm round the elbow joint. Children arrange the bones of the body to build a skeleton using the 'Build a Body' game.

This topic has a scientific focus and learning will be focused around the human circulatory and digestion systems as well as describing the ways in which nutrients and water are transported. The children will have the opportunity to have a 'close' look at the the organs involved with dissections of hearts and lungs taking place. We will also be describing how living things are classified into broad groups including micro-organisms. To complement the study of the body, the children will be participating in a series of cookery lessons for D.T. They acquire a range of food skills, increasing in complexity and accuracy, to cook a range of dishes, safely and hygienically, and to apply their knowledge of nutrition and food provenance and seasonality. There will also be a historical element to the topic which medicine through the ages. The children will be looking at the evolution of modern medicine starting from the Greeks - Hippocrates and Thucydides - and then comparing their achievements with that of the Victorians. Along the learning journey the children will also be delving into the Black Death as well as the roles of Florence Nightingale and Mary Seacole to explore whether they were heroines or not by comparing contrasting accounts. In art, the children will be considering hospitals' impact on their landscape. The will explore pop art techniques and layering to create a 3D cityscape, learn how to use a palette knife and paint to create textured cityscapes and how to add detail into cityscape ink drawings before creating their own cityscape using a media of their choice.

This topic will also include the fantastic trip to London where the children will have the opportunity to visit the Houses of Parliament and visit the science museum where they will take part in different workshops and a science show.

Our topic for this term is ‘The Lost Kingdom of Benin’. The focus on the topic is on the ancient kingdom of Benin in Africa and we will be looking specifically at history, art, science and geography. The topic will start with the children being transported back in time for a day in the life of Benin where they will take part in ceremonial dances, cook and eat traditional food and take on a role in the Oba’s kingdom.

Our history lessons will take an enquiry approach as the children aim to discover what life was like for the people of Benin, how the kingdom grew in power and subsequently came to an end. This unit provides the children with the opportunity to look at Benin, a non- European society which is very different to their own and make links between Benin and a bigger picture of 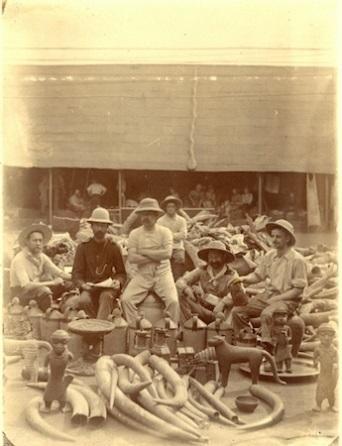 Africa’s past as well as its changing relationship with Britain. The children will use a range of primary sources such as artefacts, written documents and maps to find out and formulate questions about the past. They will also consider several moral issues relating to the time such as invading and conquering by learning about the events of ‘The Punitive Expedition’ and the subsequent demise of the kingdom of Benin in 1897. The children will question and debate who the ‘Benin Bronzes’ belong to and if they should be returned. They will build upon their historical skills to analyse and interpret primary (from the time) and secondary (written since the time) sources and discuss their own views as well as question the validity of different interpretations of the past

Leading on from this in art the children will be looking closely at the famous Benin Bronzes. They will be investigating how the 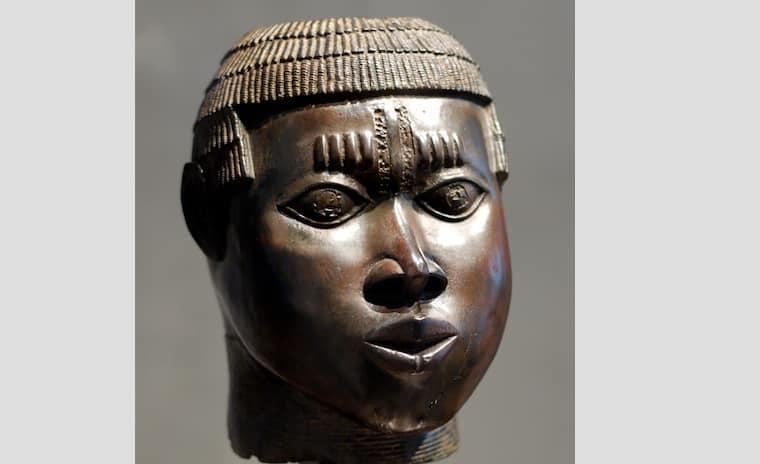 talented guild craft workers expressed and represented their ideas using different materials and will use these to design and create their own ceremonial mask out of clay. The children will experiment with increasingly complex 3D forms and techniques to join, combine and shape clay.

a range of topographical feature, such as coasts, features of erosion, hill, mountains and rivers and will understand how these have changed over time. They will use this learning to compare and contrast the coastal regions Lagos to Plymouth in order to understand some of the key similarities and differences.

Alongside these areas of the curriculum, the children will be looking at Light in science. They will extend their existing knowledge by exploring the concept that light travels in straight lines to allow us to see. We will be 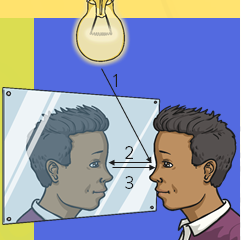 planning and conducting experiments to investigate the concept of refraction and reflection and children will take more ownership in collecting and representing their findings to support their hypothesis. They will investigate the relationship between shadows and the objects that cast them through an exciting crime scene investigation task.

Finally, the summer term at Callington Primary always concludes with the Year 6 Production

which will see the children take on roles on stage in a whole year group musical. In music, the children will learn to listen with attention to detail and recall sounds in order to perform them. They will further their singing and performance skills by performing solo pieces as well as in an ensemble, demonstrating accuracy, fluency and expression.

‘The Lost Kingdom of Benin’ will conclude with a ‘Welcome to Benin’ afternoon, where the children will  host their own Benin Kingdom in the classroom for their buddy class, including typical food, games and a ceremonial dance using their created masks.